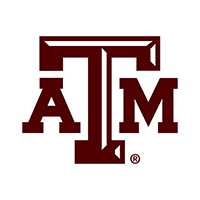 National Fastpitch Coaches’ Association (NFCA) Hall of Famer Jo Evans is in her 22nd season at the helm of the nationally-recognized Texas A&M softball program.

During her tenure, Texas A&M has advanced to the NCAA postseason 18 times, including three trips to the Women's College World Series (WCWS) in 2007, 2008 and 2017 and six trips to the NCAA Super Regionals. After Texas A&M returned to the WCWS for the first time in 20 seasons in 2007, the '08 Aggies gutted their way to the Championship Series and posted a national runner-up finish in addition to the Big 12 regular season and tournament titles.

Evans' Aggies have posted 21-straight 30-win seasons, including 10 40-win seasons and a program-best 57 wins in 2008. The 2013 team earned the program’s best start in history with a 19-0 beginning to the year. Texas A&M has compiled an impressive 836-397-2 record under Evans and continues to reach new heights.

One of the winningest active Division I coaches in softball today, Evans has guided Texas A&M to a program-best No. 2 national ranking and a school-record 16-straight NCAA Tournament appearances since 2002.

Evans’ players also excel in the classroom as the Aggies have earned 59 academic all-conference awards, and two-time All-American and former Texas A&M volunteer assistant coach Amanda Scarborough went on to become an Academic All-American in 2007. Natalie Villarreal was named to the Academic Momentum Award first team for continued improvement in the classroom in the fall of 2011.

​Players will not have access to the fields for warmup until 7:30 a.m. and the camp will begin promptly at 8 a.m.   Please plan for a full four hours of instruction.  Come prepared with everything needed to play ball and run drills comfortably and plenty of water as you will be performing at altitude.  Most of all, bring a great attitude!  Identification bibs will be provided to all participants along with a souvenir t-shirt.