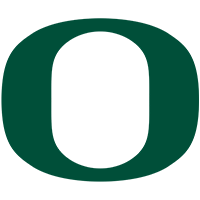 Melyssa Lombardi was named the 12th head coach in Oregon softball history on July 9, 2018, bringing with her an elite championship resume after a highly successful 21-year tenure on the staff of Oklahoma head coach Patty Gasso, including the last 11 seasons as associate head coach.

The 2017 Division I Assistant Softball Coach of the Year, Lombardi was directly responsible for the Oklahoma pitchers and catchers throughout her 21-season stint in Norman that saw the Sooners win four national championships, including back-to-back in 2016 and 2017, and a total of 15 Big 12 regular season or postseason tournament titles.

Oklahoma played in the postseason every year during Lombardi’s 21 seasons, advancing to 17 Super Regionals and 12 Women’s College World Series appearances. The Sooners made Super Regionals each of the last nine seasons with Lombardi on staff, and the WCWS seven times in her last eight seasons.

A former all-conference catcher for the Sooners, Lombardi coached the Oklahoma battery to a combined 20 All-America honors, 37 All-Region accolades and 77 All-Big 12 honors over her 21 seasons at OU. Her pitchers racked up six Big-12 Pitcher of the Year awards, and she mentored OU aces such as P

Under Lombardi’s guidance, the Sooner pitchers led the nation in 2018 with a team ERA of 1.12, paced by four-time Big 12 Pitcher of the Year Paige Parker, who was a finalist for USA Softball Collegiate Player of the Year, and Paige Lowary, who led all active pitchers in the nation in career saves and was the first overall selection in the National Pro FastPitch League Draft. Parker ranked second in the country with a 0.82 ERA, while Lowary was sixth at 1.09.