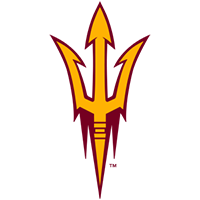 Ford took over an illustrious Sun Devil program that lays claim to over 1,600 wins and four national championships. Ford led her Fresno State team to consecutive Mountain West Conference championships in both the 2015 and 2016 seasons en rout to being named the 2016 MWC Coach of the Year. While being an extremely successful collegiate coach, Ford also served as an assistant coach for the 2016 Gold Medal USA Softball Junior Woman’s National Team during the summer of 2016.
“One of the greatest indicators of future success is what someone has accomplished in their past, and based on Trisha’s achievements, we anticipate she will bring great success to Sun Devil Athletics,” said Anderson. “She has elite expectations and recognized the innovative direction that Arizona State is heading. She has great energy and I believe our student-athletes will buy into her vision for the program.”
Ford spent the previous four seasons at the helm of Fresno State after spending nine seasons at Stanford (2004-12), including four seasons as associate head coach.
Ford, widely respected as one of the nations premier pitching coaches, guided the Sun Devil staff to a miniscule 2.32 ERA in just her first season in Tempe, a full point lower than the team's 3.66 mark during the 2016 season.

Changes brought on by COVID-19 and its impact on the economy have affected Triple Crown Sports, like everyone else, and we have this update to share as it relates to our refund policy:
Any individual registration purchased before April 1, 2020 can be completely transferred to a new Triple Crown corporate individual event in 2020 or 2021. If you request a refund (less 20% admin fee), you will be put in a refund queue, where we will begin to review existing registrations by Sept. 1, 2020. If circumstances change and we have the flexibility to do so, we will assess refund requests sooner.
If you register for an individual event on April 1 or later, we will only be able to transfer the entire registration to another event; there are no refunds for registrations paid for on April 1 or later.