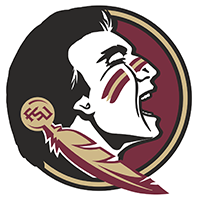 Completing her 10th season as the head coach of the Florida State softball program in 2018 with a National Championship, Lonni Alameda has guided the Seminoles back into one of the nation’s best teams. After seven Women’s College World Series appearances from 1987-2004, the Seminoles have returned to the final site of women’s collegiate softball twice in the last four seasons (2014 and 2016), including a WCWS semifinals appearance in 2016, as well as five consecutive trips to the NCAA Super Regionals (2013-17). Florida State has earned five ACC regular season titles in a row, four straight ACC Tournament titles and now owns 15 ACC Championships.
FSU has played in the NCAA postseason every year under Alameda, and is one of only nine schools to participate in the NCAA Tournament in every season since 2000. Since Alameda has made Tallahassee her home, she has led the Seminoles to eight ACC Championship game appearances in nine seasons, with titles in 2011, 2014, 2015, 2016 and 2017.
Alameda and the Noles made program history in 2017, as Florida State earned a No. 1 ranking in the NFCA poll for the first time, holding the spot for eight consecutive weeks. FSU also earned its first win over the NFCA No. 1 team in the country as an 11th-inning home run by Alex Powers gave the Noles a 3-1 victory over Florida on May 3. The Seminoles added their fifth straight ACC regular season title, posting a 24-0 record in league play, culminating in their 15th ACC tournament championship. FSU is one of three Power 5 schools to post an undefeated conference record, along with Nebraska in 1998 (16-0) and Iowa in 1997 (22-0).

Any individual registration purchased before April 1, 2020 can be completely transferred to a new Triple Crown corporate individual event in 2020 or 2021. If you request a refund (20% admin fee), you will be put in a refund queue, which we are addressing as quickly as possible. Please be patient - these are unprecedented times for all of us, and we will stay in touch with our customers on this topic. If circumstances change and we have the flexibility to do so, we will accelerate the refund process.
​
If you register for an individual event on April 1 or later, we will only be able to transfer the entire registration to another event; there are no refunds for registrations paid for on April 1 or later.
​